Extract from 1973 and Me: The England v West Indies Test Series and a Memorable Childhood Year 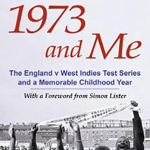 “Colour television really arrived in 1967 but hardly anyone had a colour TV then. So, it was really in the early 1970s that it really got going. 1976 was the year that there were suddenly more (BBC) colour TV licences in Britain than black and white ones, and it was a very gradual thing. So, it’s the usual thing that happens with all innovations. People imagine that everything happens in one go but, actually, it’s a gradual thing. There were still black and white programmes being made during the early 1970s but by 1973 they were all in colour. So, 1973 was a very typical year for many people in Britain to get their first colour television”.
Professor Joe Moran, Cultural historian and author of Armchair Nation: An intimate history of Britain in front of the TV

Extract from They Gave the Crowd Plenty Fun: West Indies Cricket and its Relationship with the British-resident Caribbean Diaspora 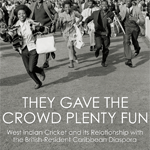 “West Indies cricket continued to provide some Caribbean migrants with their primary source of expression, and the poise and confidence to charter a path towards recognition and assimilation: There was only one way of expressing West Indian character and a Caribbean presence, and that was cricket. Because it came out of Britain in the first place it offered a sort of bridge into the English culture. We understood what it meant to be part of this society, partly because we understood cricket. The English perceived cricket as a sort of commentary on themselves and who they were. We had a very similar sense of who we were coming out of the nature of cricket and the way it was played. To be here (in Britain) and be exposed to cricket matches between the West Indies and English was, in fact, to be a home from home”.
Mike Phillips, Academic, broadcaster and writer