Author event for the African Caribbean Cricket Association at The Oval, London, 26 October 2022 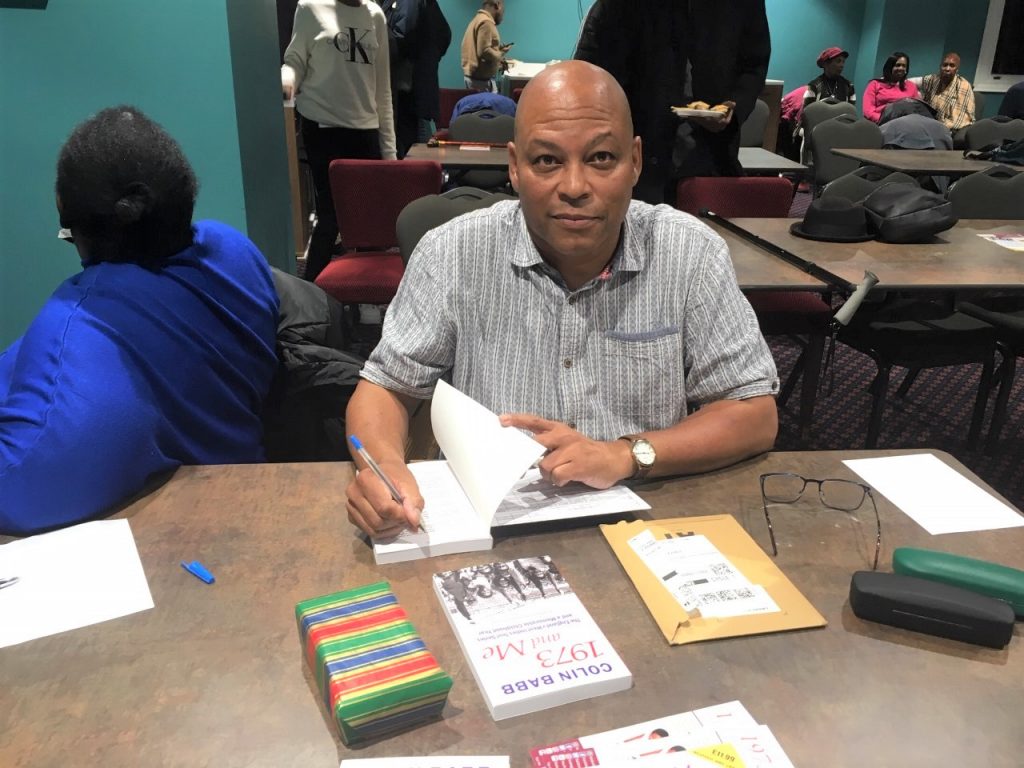 Many thanks to all members of the African Caribbean Cricket Association who supported my author event in the Mark Butcher Room at The Oval cricket ground.

The African Caribbean Cricket Association aims to inspire young British people with African and Caribbean heritage to play and excel at cricket.

Following my talk, there was a lively question and answer session, and passionate debates about the past, present and future of West Indian cricket and the Caribbean diaspora in Britain. Copies of 1973 and Me and They Gave the Crowd Plenty Fun were signed and sold, and the audience also enjoyed chicken, patties and more!

Many thanks again to Lonsdale Skinner – a contributor to 1973 and Me – for helping to organise the event, inviting me to speak, and supplying some positive post-event feedback. Lonsdale Skinner is the Chairman of the African Caribbean Cricket Association and played with distinction for Surrey CCC and Guyana. 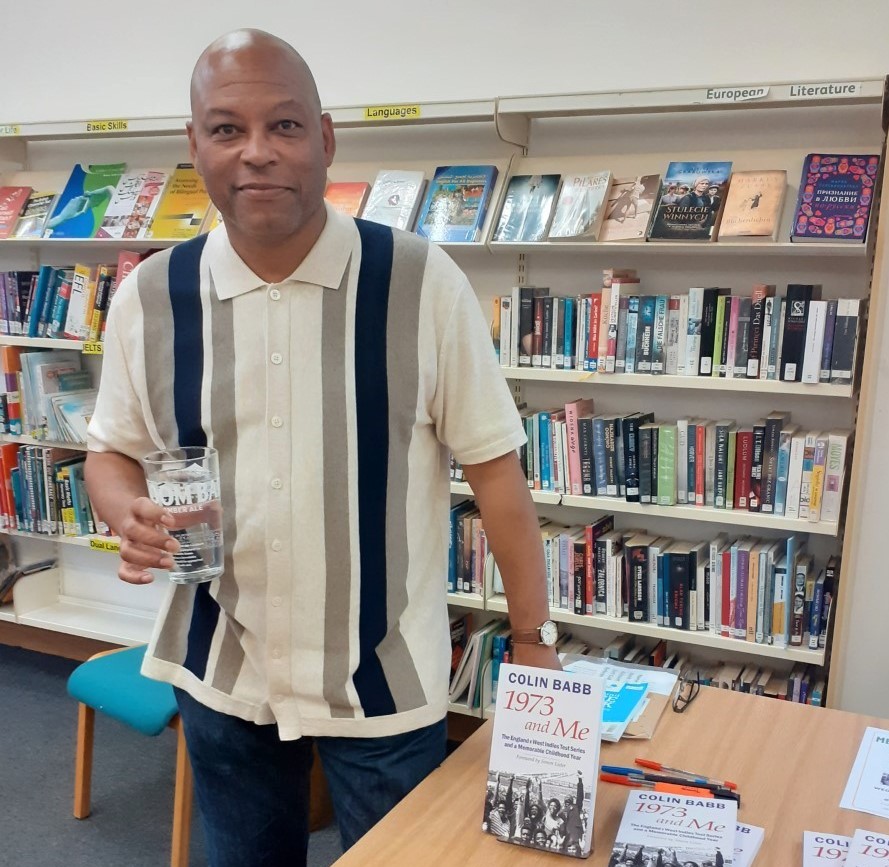 Many thanks to everyone who supported my event at Roehampton Library for Wandsworth libraries Black History Month (BHM) 2022.

BHM is celebrated in the month of October and Wandsworth Council and Wandsworth Libraries marked this annual commemoration with a series of events and activities.

“Colin’s talk was very informative and engaging, and taught me a lot about the history of Guyana and Northern South America, particularly how culture and politics bleed into one another. It was entertaining and engaging for people who don’t love cricket, and I enjoyed listening to Colin’s personal stories”.
Patrick Malone, Library Manager, Roehampton Library

Special thanks to Andrea, Patrick and the team at Roehampton for organising and managing the event, inviting me, and my farewell refreshments takeaway!

From the Caribbean to the Balkans – for Caribbean Intelligence, 26 September 2022 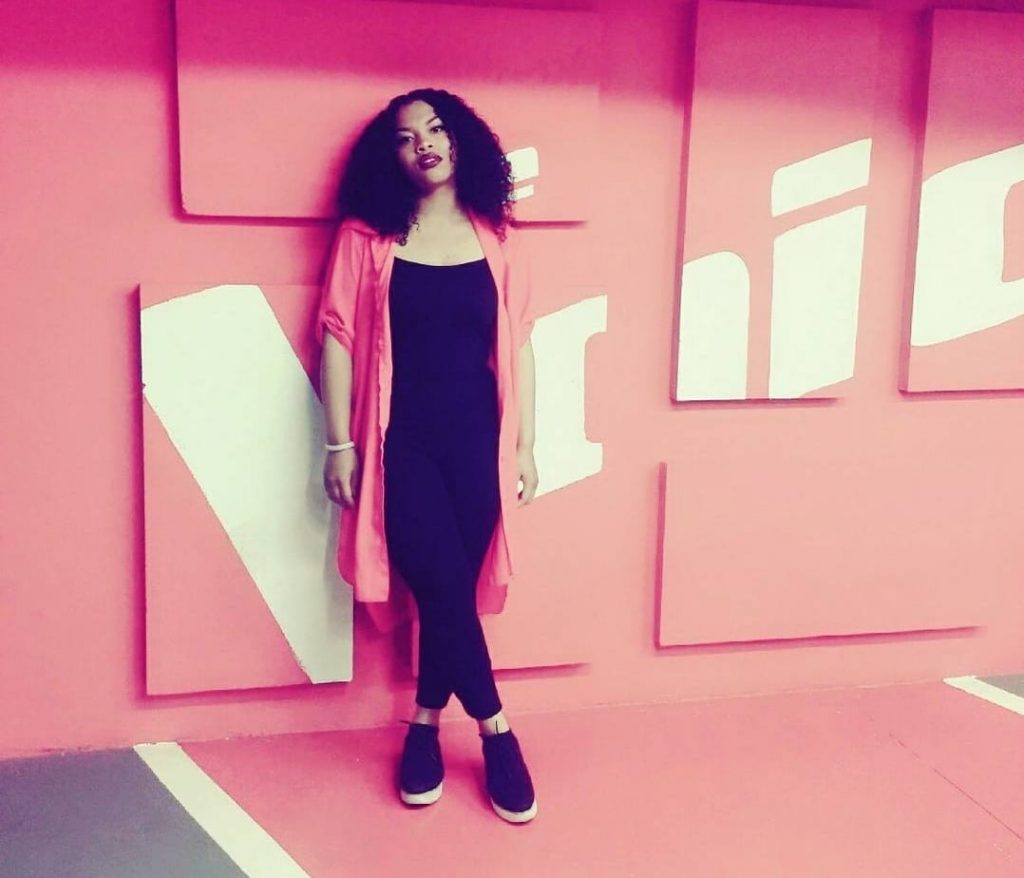 Kellian Daniel is the first Caribbean person I’ve met in Albania during several trips to the country in the last 20 years.

She describes herself as “The only Caribbean person I know in Albania with, of course, my family!” Her father is from Desruisseaux in St. Lucia and her mother from Princes Town, Trinidad.

Kellian shared her story with me for Caribbean Intelligence about  why her family arrived in Albania, her businesses, her passion for music, and learning a new language.

Despite being home schooled in English by her family, Kellian was determined to learn Albanian and integrate with the communities she lived with in Tirana and Korçë.

Many thanks to all who supported our bookstall at the Fircroft Primary School Summer fair. Including people who bought copies of They Gave the Crowd Plenty Fun during my last visit to the Fircroft summer fair – five years ago!

Alongside copies of the updated edition of 1973 and Me, and They Gave the Crowd Plenty Fun, visitors to the stall discovered more about Hansib publications.

These included some books from the acclaimed nation book series, Trinidad and Tobago – Terrific and Tranquil, and Jamaica Absolutely.

“It was great to see Colin at our fair. Everyone loved him being there and lots of people enjoyed chatting with him about his books”.
Angela, Parent and Teacher Association (PTA) co-chair, Fircroft Primary School. 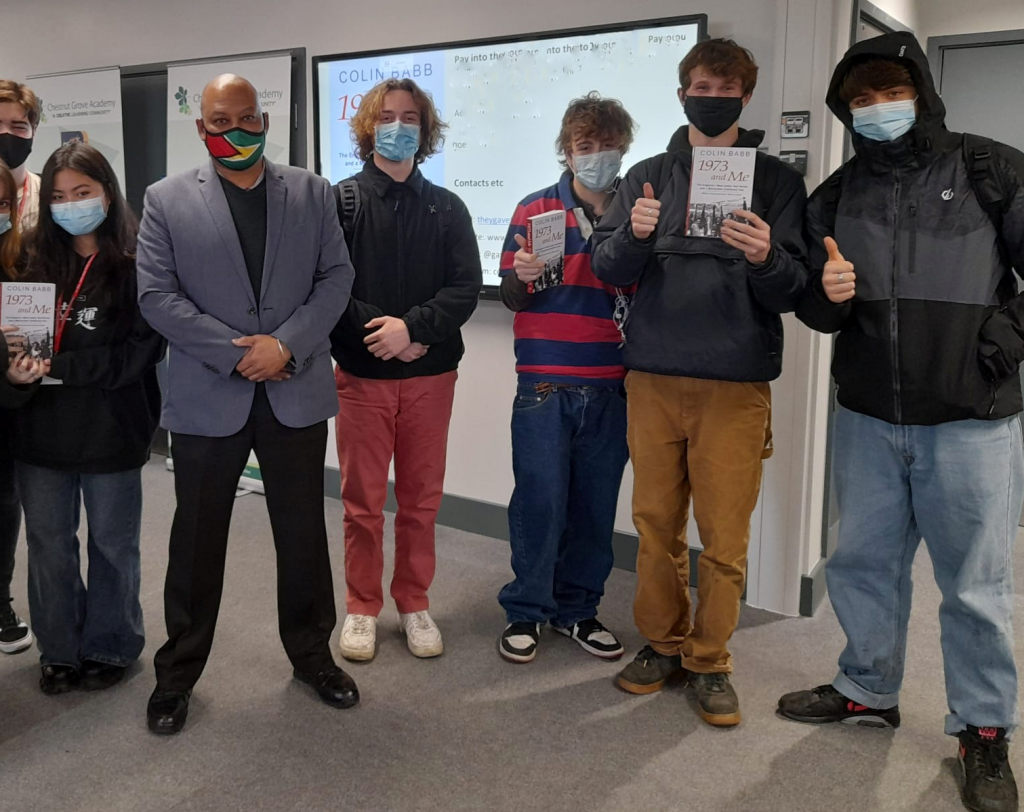 Many thanks to the Sixth Form students and staff who invited me to present a book event at Chestnut Grove Academy, Balham, London.

During the talk, stories were told and shared about social and cultural identity, the value of nostalgia and memory, Derby County, Guyana, the Caribbean, cricket, South London, my 1970s childhood, UK politics, music and watching television.

The talk was followed by a lively question and answer session.

“It was so interesting to hear a perspective that you don’t often get to. I didn’t expect cricket to evoke such an important impact”.
Josie and Tilly, Sixth Form students

“I found the talk really enlightening and it opened my eyes to the importance of sport within culture”.
Zahra, Sixth Form student

Many thanks to Yasmina and Ms Gordedo for the warm welcome and organising the event.

Pics from the event at Chestnut Grove. 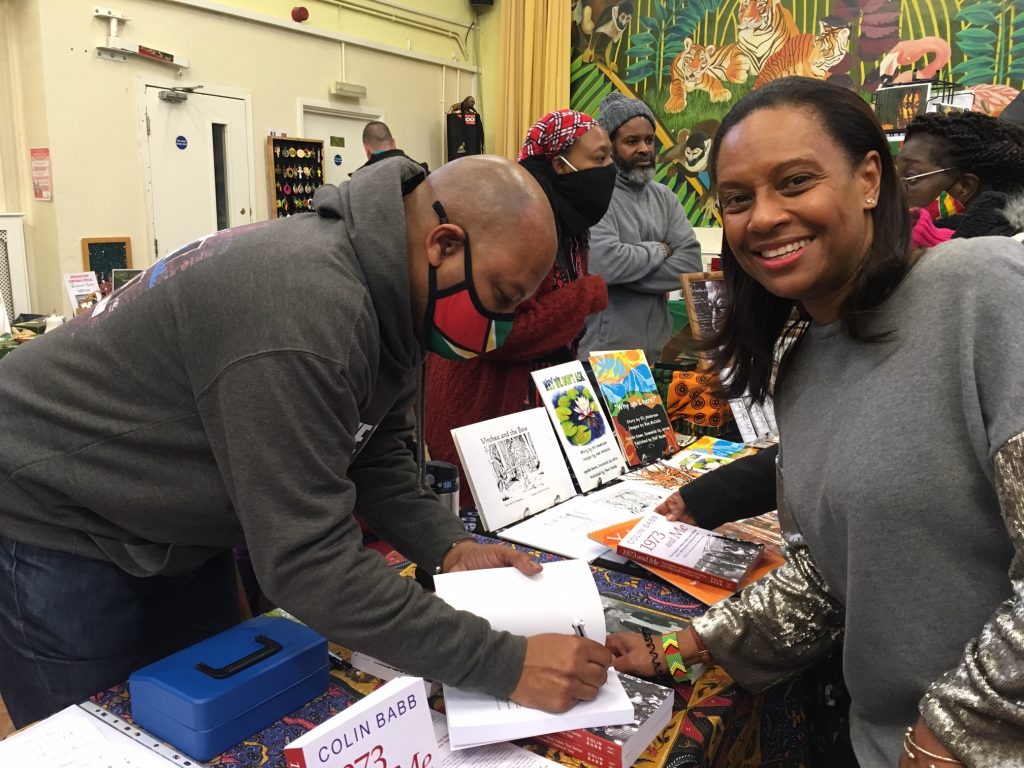 Many thanks to everyone who visited the 1973 and Me/Hansib publications stall at the 2021 Bourda Bazaar. The event was held at the Johmard Community Centre, Colliers Wood, London.

Some of the goodies on our stall included books – 1973 and Me, and Belonging: Fate and Changing Realities by Herman Ouseley. The Hansib ‘Caribbean Contribution to Wartime Britain’ calendar was also on sale.

Other stalls had a wide variety of Guyanese food, drinks and sauces, jewellery and Amerindian handicrafts.

Music was supplied by MC/DJ Papa Scotchie and DJ Melvina Moves. Another musical highlight was a spontaneous Guyanese drumming and folk song session.

Proceeds from the raffle (we won a box of IKEA biscuits!) went to the Rotary Club of Demerara. The Rotary Club conducts crucial medical expeditions into the densely forested interior of Guyana.

Many thanks to Rod and Juanita from Guyana Speaks for organising another wonderful event! 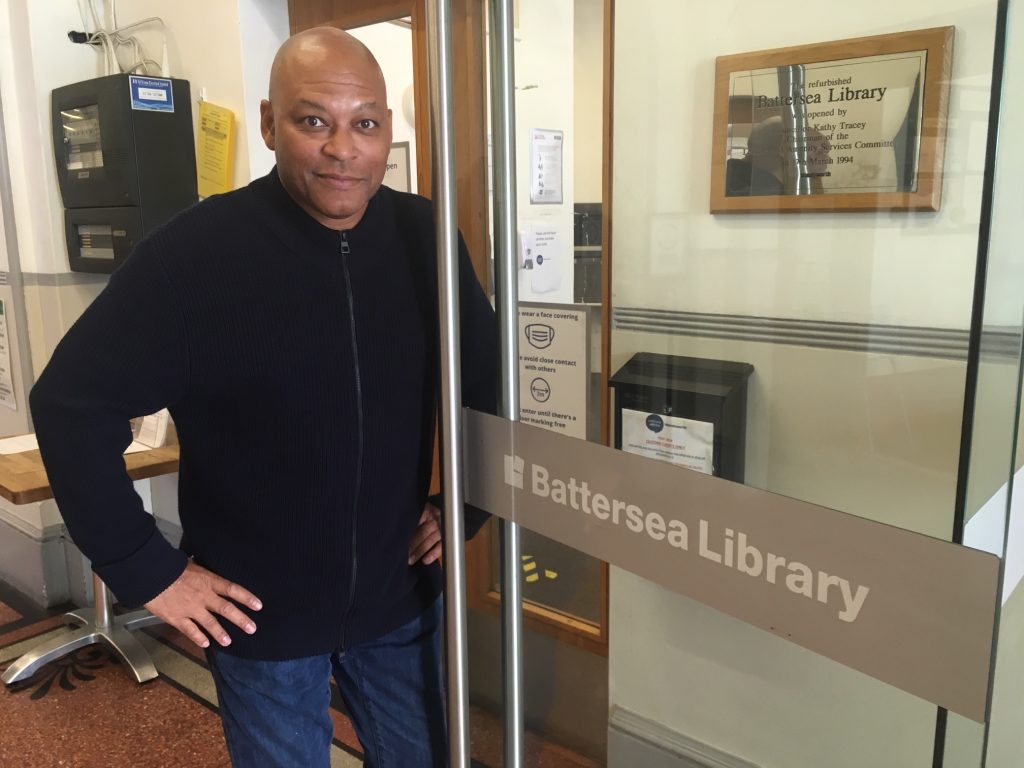 Many thanks to everyone who supported my events for Wandsworth libraries Black History Month (BHM) 2021.

The first event was at Battersea library on 13 October and the second at Balham library on 28 October.

Both events were well supported by enthusiastic audiences, lively question and answer sessions, and copies of 1973 and Me were signed and sold!

“It was a pleasure to watch as Colin guided an engaged audience through Caribbean politics and the streets of South West London, all with the power of cricket”.
Alex Martin, Library Manager, Balham Library

“I really enjoyed the talk. It has left me thinking about the friends I grew up with who have Caribbean parents, and how cricket has changed as a cultural touchstone for successive generations of West Indian migrants”.
Oliver Gafsen, SWLondoner reporter, after the event in Balham

“I don’t have a deep understanding of cricket but I really enjoyed the event. Especially Colin’s informative and entertaining presentation and storytelling. I look forward to more!”
Ina, after the event at Battersea

Joseph’s feedback after the event at Battersea library.

Special thanks to Susan, Alfred, Mohammed and Alex at Battersea and Balham libraries for managing two thoroughly enjoyable evenings. 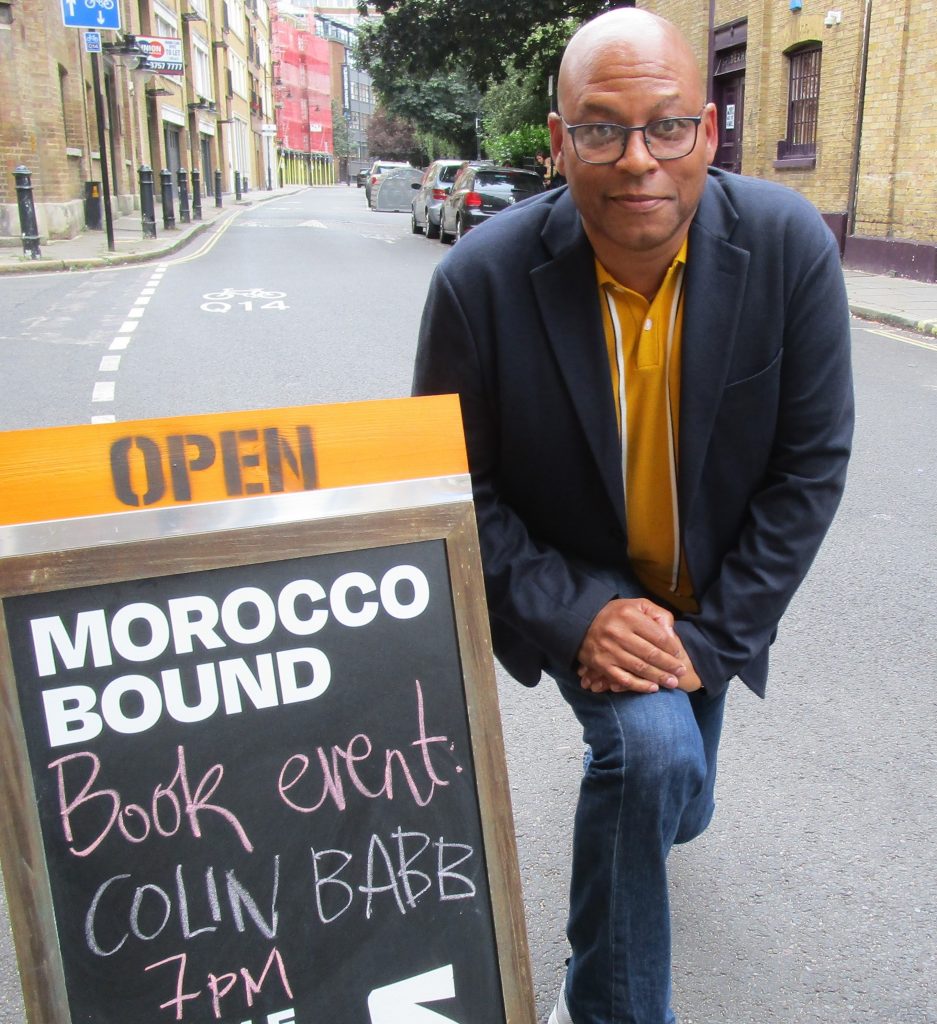 Many thanks to all who attended the 1973 and Me event at the Morocco Bound Bookshop, London.

During the evening stories were told and shared around Dickie Bird, Rohan Kanhai, Leeds United, 1970s television, Caribbean unity, 1973 and Me and more.

A lively Q&A session followed the talk. This included some of audience having a fun chat with each other – and me – following each answered questioned!

Some of the audience also enjoyed the variety of alcoholic and non-alcoholic beverages available as copies of 1973 and Me were signed and sold.

Copies of 1973 and Me are still available from the Morocco Bound Bookshop,

Many thanks to Jonathan, Elsa and Graham for organising a brilliant event.

Pics from the Morocco Bound event. 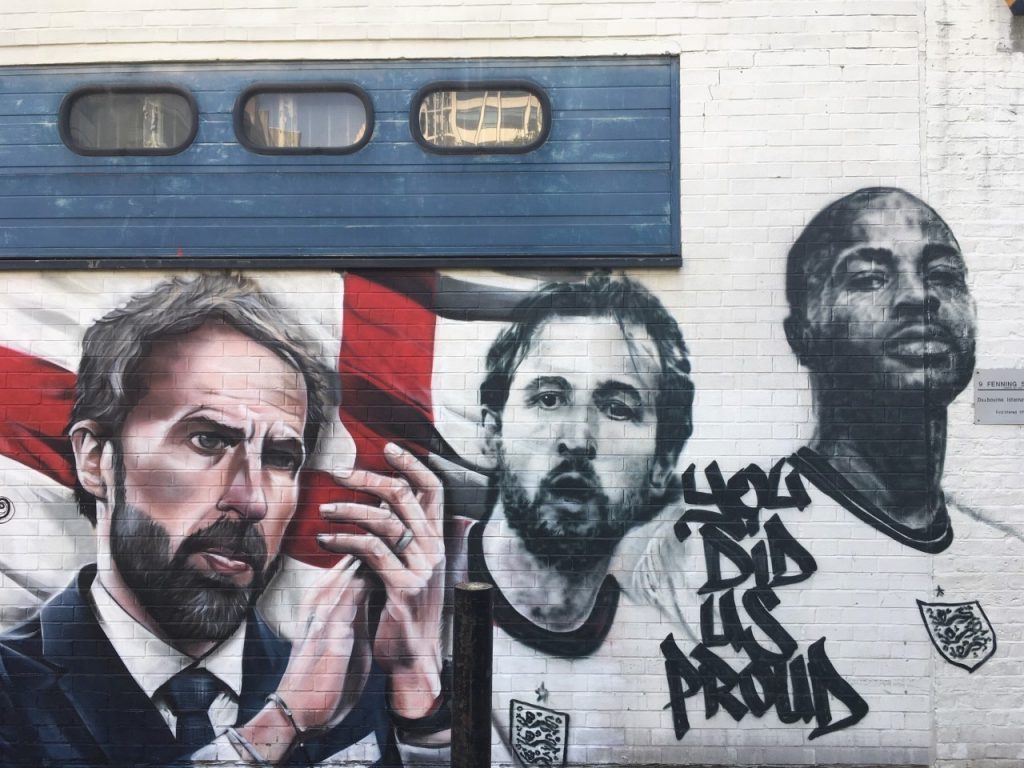 This article for Caribbean Intelligence, written after Italy beat England 3-2 on penalties in the 2020 Euros final at Wembley, was partly based on content in 1973 and Me.

During the 1970s, for many of the English-born Caribbean diaspora, supporting West Indian cricket had more appeal than supporting the England football team.

The England players who missed their penalties in the penalty shoot-out – Marcus Rashford, Jadon Sancho and Buyako Saka – were three of the 11 in the squad with Caribbean or African heritage.

Across all the major social media platforms, the racist blame directed at Rashford, Sancho and Saka erupted into a firestorm.

Post-Euro 2020 tournament debates featured commentary and conflicting opinions about identity, nationality, race, acceptance, and how to maintain the widespread connection with the England team.

This article also looked at the generational shift towards supporting England by people with Caribbean heritage. 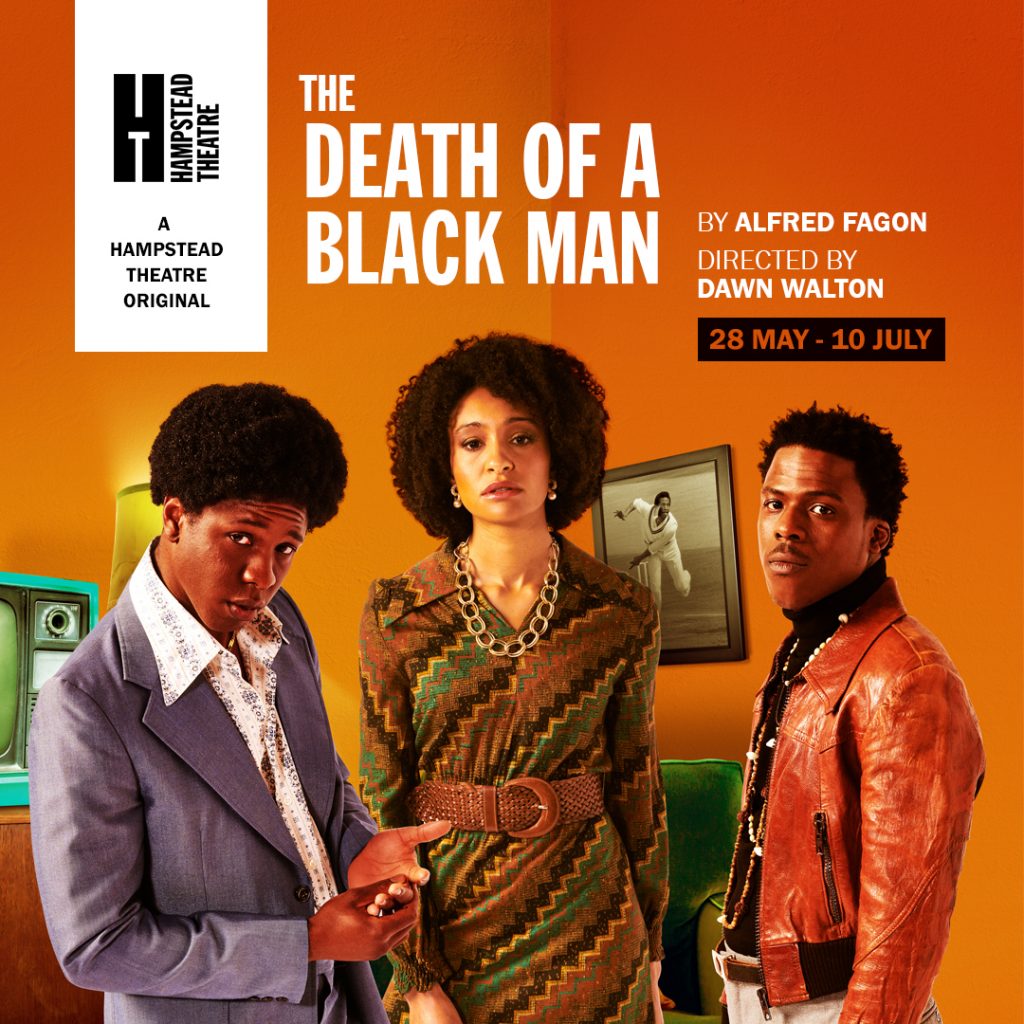 Set in 1973, the England v West Indies Test series and the performances of Garry Sobers were central to the meaning of The Death of a Black Man.

The play opened with a speech by Shakie (Nickcolia King-N’da), holding a cricket bat and standing in front of a set of cricket stumps.

Shakie passionately explains why he is inspired by the legacy of Garry Sobers.

Sobers scored a century during the final 1973 Test match at Lord’s, which helped West Indies to a 2-0 series win v England. This was his last Test innings in England.

Excerpts from 1973 and Me and an advert promoting the book were featured in the Hampstead Theatre programme to complement the play.